Slovenian Startup of the Year Award

We seek, feature and reward ambassadors of Slovenian startup entrepreneurship. Those startup companies or teams that with their achievements, actions, reputation and development potential, represent a new generation of Slovenian innovative entrepreneurs.


Hurra Studios is Slovenia's Start-up of the Year 2019!

The Slovenian Start-up of the Year Award is a project of active stakeholders of the Slovenian startup ecosystem. Their task is to participate in the nomination of candidates for the award and the domestic and international promotion of the finalists and the recipient of the title. The main organizer of the project is Start:up Slovenia, and the co-organizers are traditionally the Slovene Enterprise Fund and the Ministry of Economic Development and Technology.

The Slovenian Startup of the Year Award can be won by a Slovenian innovative startup company with the potential to grow in global markets. With the award, key stakeholders of the Slovenian startup ecosystem want to highlight and reward companies and their teams that, with their perseverance, globally recognized achievements and bold vision of development set an example in domestic and global environments.

Organizers announce a public call for proposals of startup companies that meet the award criteria. Each active member of the startup ecosystem can nominate only one startup company. They justify their written nomination by answering predefined short questions related to the nominated startup company and the company that is nominating. The nominated company must be aware of and agree with the nomination. A company that has already received the Slovenian Startup of the Year award cannot be nominated. The ecosystem nominees are also joined by the three top-rated start-up companies in the Start:up Slovenia pre-selection.

All nominations received are handled by a nomination committee composed of a representative of Start:up Slovenia and other active members of the Slovenian startup ecosystem who carry out or participate in the implementation of private and public programmes to support startup companies. Each nomination committee member casts their vote and lists five nominees from the common list, without being able to vote for their nominee.

Five top-rated startups qualify for the finals, while the current winner, Hurra Studios (Mali junaki) travels in November to the Slush Festival.

Which companies can be nominated?

Anyone who nominates a candidate for the Slovenian Startup of the Year Award gives their justification by answering the following questions:

How The Winner Is Chosen From 5 Finalists?

The members of the evaluation committee for the award are eminent Slovenian and foreign entrepreneurs and investors, who are connected with the operation and development of the Slovenian startup ecosystem. The committee is tasked with selecting the winner from the five startup finalists.

The members of the jury are renowned Slovenian and foreign entrepreneurs.

The evaluation committee for the Slovenian Startup of the Year award evaluates the finalists according to four criteria:

The award committee evaluates the candidates according to these criteria, drawing information from the application form and other publicly available information.

The members of the evaluation committee meet each year before the PODIM Conference and select the winner, who is solemnly announced at the evening gala event as part of the first PODIM Conference day.

Slovenian Startup of the Year 2019, Hurra Studios, received the "all-inclusive" package for visiting the Slush Festival in Helsinki in November 2019. 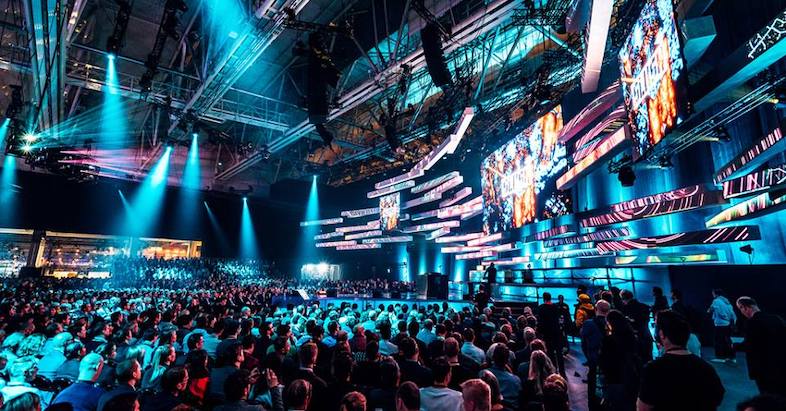