At first, the meaning of the word MENTOR is clear to everyone. In practice, however, the mentoring process often proves to be quite complex. Who can actually be a mentor, what roles should they take on in relation to the mentee, how and to what extent should they be guided - these were some of the dilemmas covered in the kick-off event of the second School for Startup Mentors organized by Slovene Enterprise Fund as part of the content support in the Startup Plus Program. The event, co-organized by American Chamber of Commerce AmCham Slovenia, had two interesting panels, and the main guest of the event, Petra Majdič, impressed with her extraordinary sports story.

"Working with mentors is the biggest added value you give us through the Fund" are the words Maja Tomanič Vidovič, the Director of the Fund, often hears from entrepreneurs. Therefore, the Fund decided to further strengthen this form of support for startups and to structure the processes more. According to Ana Teršek from the Fund, in 2021 they will pay special attention to individual consulting within various programs. This year they will also establish a Vertical accelerator for health and a US Market Access accelerators program.

The Mentor Does Not Solve Challenges but Only Advises

"The mentor guides the mentee to reach his goal faster and with fewer mistakes," said Katja Kraškovic, dean and director of Gea College, pointing out that the mentor does solve problems, but should only act as an advisor. Matt Mayfield, who was chosen as BEST MENTOR by startups in 2020, added that mentoring is first and foremost a personal relationship. A mentor is someone who listens well and allows the entrepreneur to think out loud about their own challenge and encourages them to look for solutions themselves, which they then implement.

"The mentor is the one who forces you to take a step back, understand the challenge first, and then solve it."

First and foremost, the entrepreneur needs to know why he is seeking a mentor - what are his challenges and goals. Nevenka Ošterjaš, an HR partner for the region CEE, IBM and president of Slovenian Coaching Federation, recommends working with several mentors at once, as each has a different background. Entrepreneurs should also search for a mentor more broadly, including from other industries. 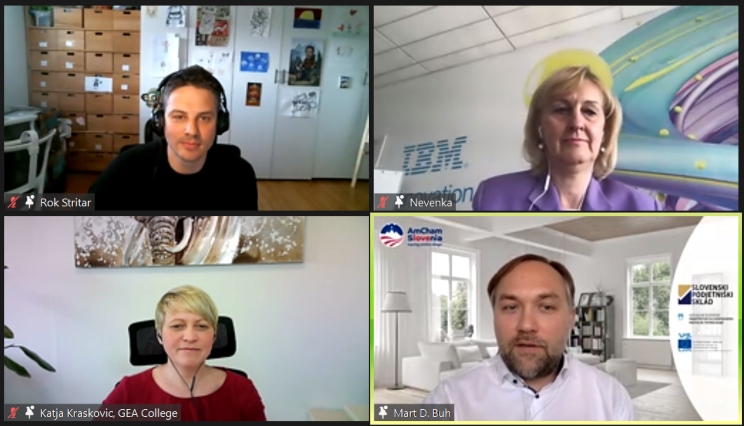 "Congratulations on recognizing that there are younger people who need help. What you do for them is really invaluable. It's important to have the confidence to share knowledge. That's what we all need to hear," began Petra Majdič, a former top athlete and entrepreneur. She shared her difficult but rewarding journey in sports and life and drew many parallels to the mentoring process in the startup world.

Her lessons are hard to summarize in a short paragraph because there's a deep story behind each of them. And none of them left us indifferent. There were many mentors in her life and mostly came in the form of sports coaches. The biggest influence on her athletic career was her longtime coach Robert Slabanja.

"He was able to show me the light at the end of the tunnel". He was the one who always managed to lift her up, motivate her and give her confidence. When she faced an obstacle, he always knew how to justify why she needed to keep fighting. It was he who first made her feel that there was a chance of success and who believed in her talent unwaveringly from the beginning. 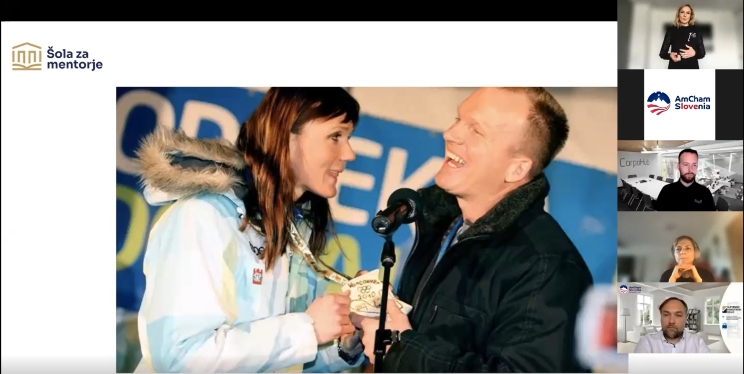 Self-confidence. At the age of 18, when she had just passed her car test, she went to Rogla with Robert. It was winter and before the ascent started Robert stopped the car, got out and told Petra to take the steering wheel and drive. As a newly qualified driver, she was surprised and naturally frightened by this initiative. She resisted a little and finally got behind the wheel. Robert told her then, "Petra, I won't always be with you. You need to become independent". In no time she understood the message, got into the car and drove safely to the top of Pohorje.

Don't be condescending. Salt Lake City, Petra without a coach. The competition was divided into two parts. After the first half, Petra was in the lead. Before the second part, at the start, representatives of the Slovenian Ski Association and others patted her on the shoulders and said, "Petra, you've already accomplished a lot. You are already a winner for us. We are already happy with you". When she was on the phone with her coach at that time, she heard other words: "Do your best now. Go all the way to the end. You've got it". Petra's lesson: Don't patronize and just pat yourself on the back. Encourage - all the way to the end!

Mentoring Is Always a Two-Way Street 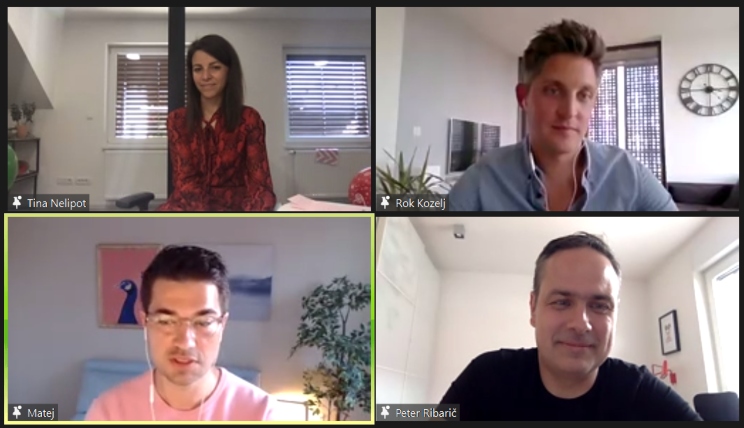 "Mentoring is a pleasure," Tina said, "because young people are full of energy, they see the world from a different perspective, and when you work with them you get lots of new ideas and drive. Matej also enjoys mentoring because he says he likes giving back. The startup world is very "sharing", which is great for everyone involved.

He admits that over the years he lost the shame to admit to an entrepreneur that he should rather seek help elsewhere for a certain area. The mentor has knowledge and experience in a particular area, so it is most ethical and correct to recommend someone else to the entrepreneur if the mentor does not have the knowledge he needs.

We also heard that commitment is needed on both sides in the mentoring process. Neither side should pull down the other. It is also important that the mentor is a mature person who has "strong empathy and energy to expand the entrepreneur's horizons. He does not force them on him, but helps him understand". A good mentor gently opens up the pathways (problem space) that the entrepreneur has to walk down on his own.