Finalists of Start:up of the Year Award 2021

Bevo, Bird Buddy, Maestro Amadeus, RingoX and SeaVision are the startup companies that are competing for the prestigious title of Slovenian Start: up of the Year.

For the 14th time in a row, Start:up Slovenia, in collaboration with the Slovene Enterprise Fund, the Ministry of Economic Development and Technology, and active stakeholders of the Slovenian ecosystem, will give the award to the team that with its achievements, actions, reputation and development potential, represents a new generation of Slovenian innovative entrepreneurs.

The finalists will present their companies live to an international expert jury on May 19 at 10 a.m. as part of the PODIM DX conference. The one who will convince them the most and has the potential to become the new Slovenian unicorn will become "Slovenian Start:up of 2021".

The winner will be announced publicly at the closing event on Wednesday, June 16, which will also be available on the Start:up Slovenija's Facebook page.

Meet the 5 finalists who convinced the nomination committee the most, get to know their products and achievements.

More and more people are choosing to replace meat with its substitutes out of concern for the environment, health, and a desire to treat animals more ethically. The global market for meat substitutes is estimated at more than $1.6 billion and growing every year. Today, we can find many products on the shelves that imitate meat products, but most of them are processed structures, and at the same time, the manufacturing machines are large and unsuitable for restaurants and smaller producers. 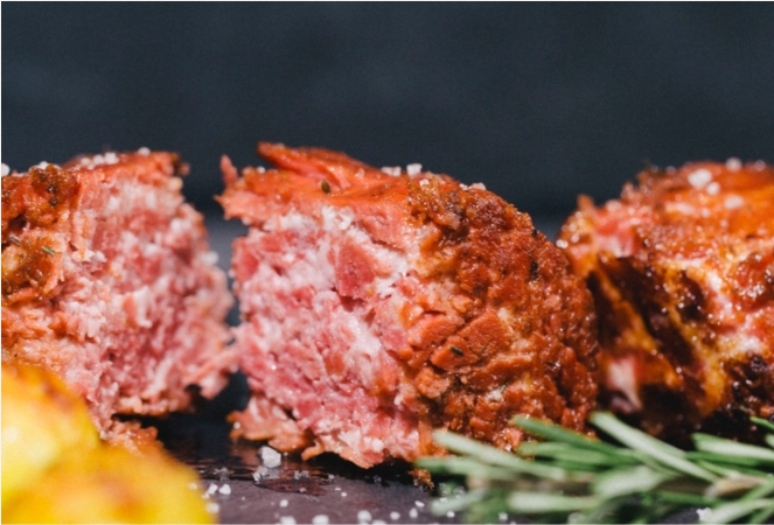 In 2019, the company launched a burger based on plant proteins, and with this product, they conquered retail shelves at that time. Yes, the burgers are great, but the Beva team wanted to replicate a real, thick premium steak made from plant-based materials. So they developed an innovative process and machine that converts plant-based protein isolates or flours into meat-like fibres that can be formed into steaks. The machine has laboratory capabilities, it can produce a steak of 0.5 to 0.8 kilograms that replicates the structure of beef, pork or chicken. Add flavour and you get a steak suitable for vegetarians, vegans and so-called flexitarians who prefer to eat plant protein instead of animal protein.

In just one year, the exceptional team has developed a cutting-edge product and won an invitation to Y Combinator, one of the most prestigious entrepreneurial accelerators in the world.

Research shows that 7 out of 10 people in the world feel they are losing touch with nature. Bird feeders are often a link and a way of communicating between people and the natural world. As a result, bird feeding is the second most popular hobby in the United States: more than 20% of the population over the age of 16 is engaged in it, and the number is rising every year from 2011 onwards.

Bird Buddy is a smart bird feeder whose basic features include a modern birdhouse with a feeder and a removable module containing a built-in small video camera with a microphone and a motion sensor. The sensor detects the arrival of a bird and notifies the owner of the feeder via a wireless connection and a mobile application. It can take a photo of the bird using the app. Using artificial intelligence, the application recognizes the bird species, allows the user to edit and share photos of birds, and offers advice on suitable food for specific bird species.

Bird Buddy is bringing its vision of garden gamification to life with the smart birdhouse, which was initially a part of a Kickstarter campaign, where they raised €4.2 million in just over a month.

The biggest challenge for professional and amateur musicians, music schools, and orchestras is organizing sheet music, a time-consuming and often tedious job. Before each rehearsal, someone has to put the sheet music in the right order and continue to manage it during the performance. For every rehearsal and every performance, over and over again. Although there are solutions that allow for digitization, musicians don't use them because it would require a lot of effort on their part. 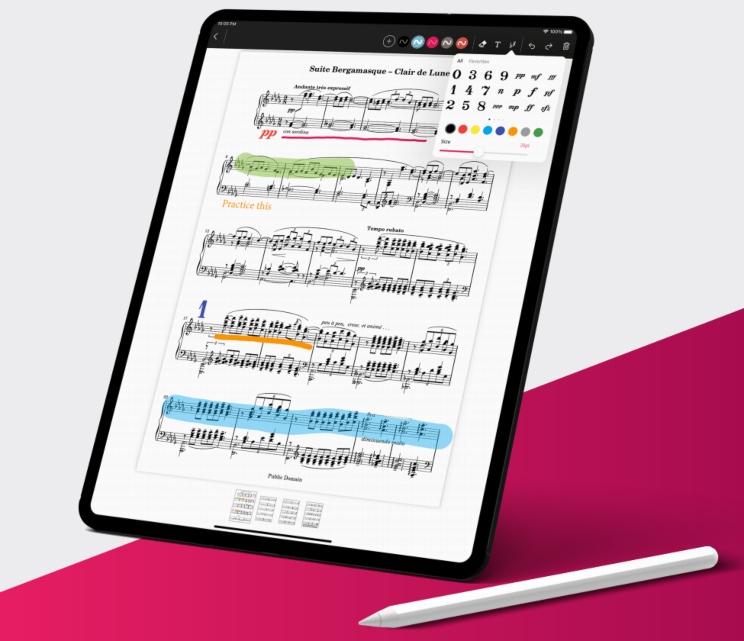 Maestro Amadeus is a cloud software solution that allows musicians to digitize and efficiently manage sheet music both during rehearsals and performances using advanced algorithms. It automatically detects the added notation, stores it in the cloud, and syncs it with other users and devices, giving musicians easy access to the material through a mobile and web app. A digital private music library with a large number of musical notations, sharing and working with multiple users at the same time and easy management, will convince any musician.

Switch to digital, use the Maestro Amadeus platform and access your music materials anywhere, anytime.

Hotels, Airbnb, and other tourist accommodation providers often face the problem of contactless guest entry, unlocking accommodation remotely, controlling employee and external staff entrances, unlocking shared entrance doors, the impossibility of being in multiple places at once, and flexibility of arrival time of the guest. All activities, such as cleaning, delivery, 24-hour presence of the receptionist, arrival at the site, cause high overhead costs and prevent the optimization of the business. 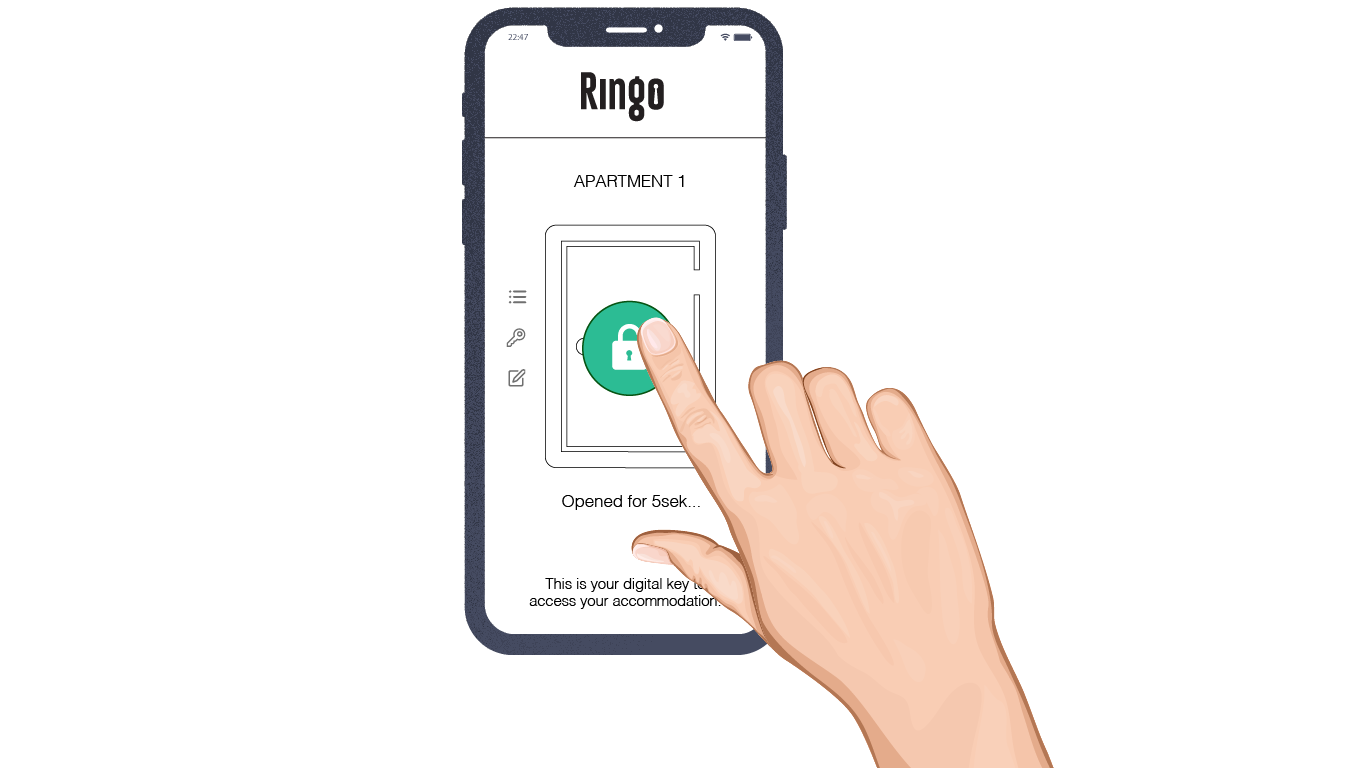 Ringo is an innovative modular IoT device that unlocks doors remotely, enables easy issuance and distribution of digital keys to guests, records arrival and departure history, and easily connects to existing access control systems and smart building management systems. The technological advantage of the product is its specialization for buildings with multiple apartments, as it can open the door to the building and the apartment via a connection to the intercom system. It allows quick and easy integration with existing ACM systems and therefore does not change the system as a whole, which consequently also means lower costs for modifying the existing system or installing a new system as a whole at a low cost.

A prototype version of the solution is already on the market. So far, they have sold more than 100 Ringo products.

Ringo is an IOT device that turns any port or access into a smart port.

Improper anchoring is one of the 10 most common causes of accidents in sailing. This can lead to high ship repair costs, injuries or even death. To check the condition of the anchor, most captains today dive. Some solve this problem by using underwater drones, GPS apps on their phones or GPS buoys.

VisionAnchor is the world's first intelligent anchor monitoring system. It acts as a kind of baby anchor monitor that the captain can monitor on a smart device. Using an underwater camera directly above the anchor, it allows the user to watch the anchor in real-time. With the help of the position module, if the anchor moves dangerously, it will alert the user with a loud audible alarm. It can also operate autonomously without connecting to a smart device. In the future, the product will be upgraded with a system to monitor and control the seabed, sea life, the underwater ecosystem and the delineation of the seabed.

VisionAnchor has great potential to become a standard in mooring, like car parking cameras. The system can inexpensively and effectively protect shipowners from damage and injury caused by improper anchoring, reduce crew workload, help avoid heavy fines for anchoring in protected areas, and support seabed exploration and conservation.

Baby monitor for your anchor.