The most important promotional event of Slovene Enterprise Fund, Forum 100% Start: up, is behind us. This year, the large hall of Technology Park Ljubljana was replaced by the Zoom platform, which gathered more than 100 participants who followed the event live. The goals of the Fund remain the same, and support for the development projects of innovative, technology-oriented startup companies will increase, according to the Director of the Fund Maja Tomanič Vidovič. Novelties of this year's tenders include: applications will be collected entirely through the online application system, the pre-selection only available until 2 pm and the number of characters in individual fields is limited.

As has been the case for many years in a row, this year the Fund will continue to support young innovative start-up companies financially and in terms of content. It opened the new funding season at the beginning of February with a P2 tender, which provides start-ups with a €54,000 grant to help them develop a product or service and prepare for commercialisation. This was followed a week later by support in the form of seed capital - SK75 and SI -SK. The former offers a €75,000 convertible loan to companies in the rapid growth and foreign market penetration phase, while the latter offers a co-investment with a private investor.

The Fund also offers its resources to companies in the form of venture capital under the international CEFoF project. "We are already pursuing projects of greater value here," said Maja Tomanič Vidovič and continued, "We may have thought that the investments in equity financing, venture seed capital, would stop. But they didn't. In 2020, there were actually more investments in Europe than the year before. That's because the development part is now the most important thing. Everyone who is visionary going forward is investing now. They are investing in digitalization. They are investing in the development of medicines, medical devices, healthcare, care for the elderly and all vulnerable groups. Development investors have taken advantage of this time and increased their investments. Unfortunately, this type of investment has decreased somewhat in our part of Europe, so this year we will make a special effort to accelerate it. We are looking for partners, also abroad, who will come to Slovenia and see the potential for such investments." 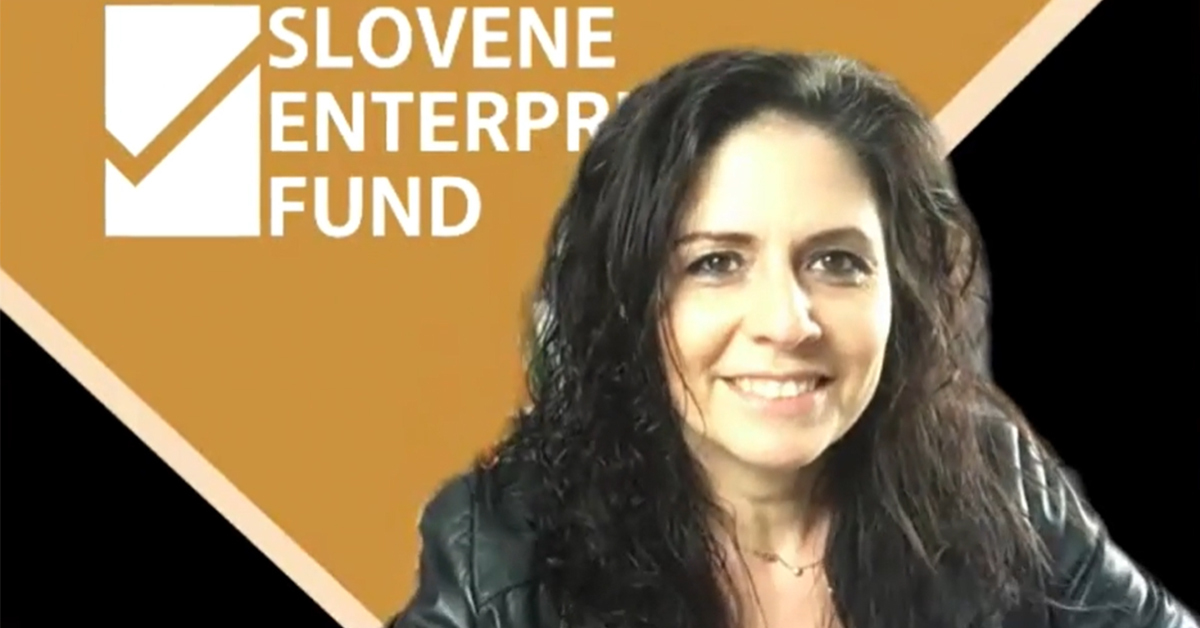 Pointers for success in the global marketplace

The director of Technology Park Ljubljana, Jernej Pintar, gave entrepreneurs a roadmap for building a strong global story in the form of three tips. "Be bold," he began. People don't know how to dream big enough, and too often we only think about local opportunities. We build our microsystem, but we forget that there are such great opportunities and growth potential all over the world. Another piece of advice related to mindset, a child's mindset, "Imagine a situation where you're standing in front of the cash register and your child wants chocolate. He is capable of changing at least 5 strategies in 10 minutes to convince you, and that's exactly how you should be. Yes, be in love with your idea because that love will get you over obstacles. However, don't be so in love that you are unable to change your strategy during the process. "

His belief that Slovenians are bad at collaboration and don't know how to build win-win stories was the reason for the last piece of advice. "If you look at any success story, there is always a strong collaboration in the background. So, if you're aiming for a long-term story, create an ecosystem of collaboration around you." 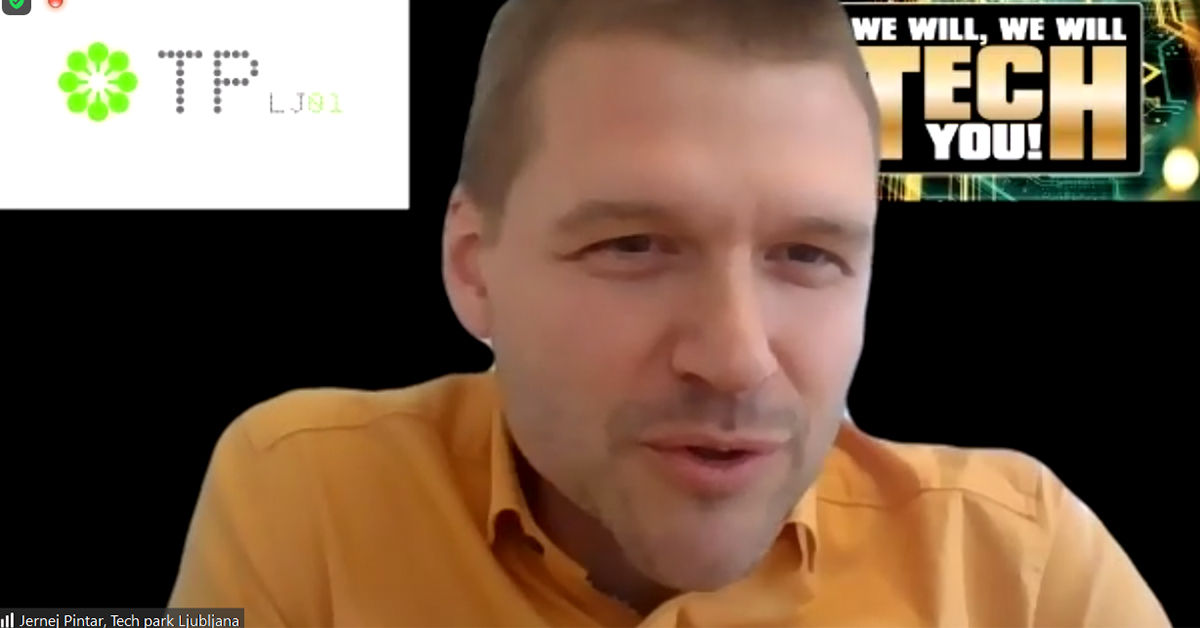 Tenders and their novelties

The Fund's best-known product, the P2 tender, helps businesses in virtually every sector. From construction, logistics, leisure to pharmaceuticals. Each year, 40 companies are funded, 20 each from the Eastern and Western Cohesion Regions. The threshold for receiving the grant, which is divided into three tranches over a 2-year period, varies from year to year. Manfred Lepej from the Fund, who presented the tender at the event, said that last year the threshold was very high in the East, as it was 83 points out of a possible 100.

This year's recipients will receive the first 10,000€ in September.

The novelty of the P2 tender is that this year, for the first time, applications for the pre-selection, which allows for the acquisition of 35 points, will be made by 2pm. The deadline for applications is 18 March.

Nina Urbanič joined Manfred in the studio of the Forum 100% Start: up for the presentation of the current tenders and talked about the SK75 and SI -SK. There are no major novelties in these two this year, but it is different that the application will be submitted entirely through the central application system prijave.startup.si and the number of characters in the form is limited in individual fields (the same applies to the pre-selection for P2). Nina also pointed out that once the contract is signed, the Fund does not interfere in the company's activity and the conversion of a loan into a stake in the company is never a unilateral decision of the Fund. 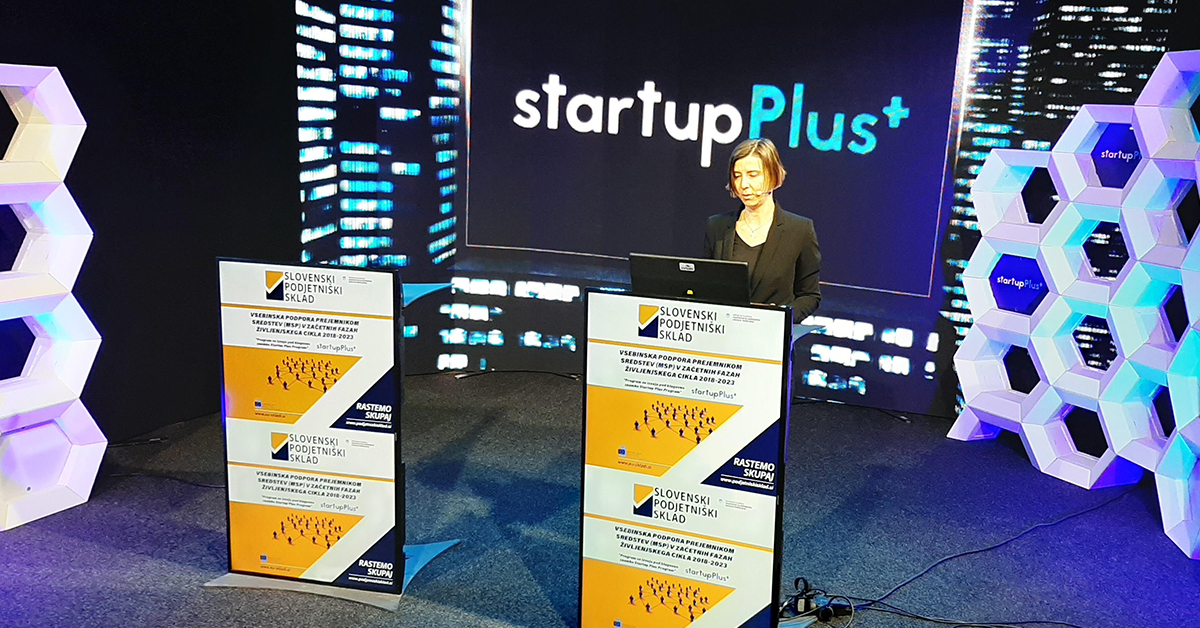 With 1.3 million euros, the Fund can support 5 companies this year through the tender SI -SK. However, it is important to note that a private investor can only invest in the company together with the Fund. So not before applying for the tender. The application must be accompanied by a letter of intent.

APPLY FOR PRESELECTION - P2 AND SK75

There's enough money - the real question is how to spend it

In addition to the Fund's tenders, seed business angels and accelerators also play an important role in funding early-stage startups. We learned about the opportunities and changes in the investor scene at the 100% Start:up Forum with the help of the representative of the Business Angels of Slovenia Nina Dremelj and Gregor Rebolj from Silicon Gardens Fund. The accelerator and mentoring aspects were presented by Grega Potokar from the ABC Accelerator.

Nina assessed the state of seed capital in Slovenia as good: "There is enough money. The question is how to spend it or if we have enough good stories to invest in. The biggest challenge is undoubtedly to match the right angel investor with the right portfolio company. In our experience, it's important to both teach investors what a startup is and to give stability to a startup. We often connect good stories, but there is no investment because the startup is not able to take it. "

Grega Potokar added, "As a startup, you have to know what an investment can bring. Money is not everything, and no investor will give money without having a concrete plan on how that money will be spent."

There seems to be no end to the good stories in Silicon Gardens. Their recent success story Bird Buddy is just the tip of the iceberg with Flaviar, Eurosender, Cleanshelf, Blub Blub and many others. Gregor sees his role as providing support in the form of knowledge, connections and confidence building. On the other hand, he sees himself as someone who challenges entrepreneurs and raises their capability scale by saying "Great. But could there be more? "

Like Nina, Gregor and Grega are mentors and members of the pre-selection process for the Fund's tenders. They agreed that the mentor must first decide to be a mentor. To be active and monitor the startup, help in difficult situations, share the experience and be available to the whole team in a slightly more personal way. 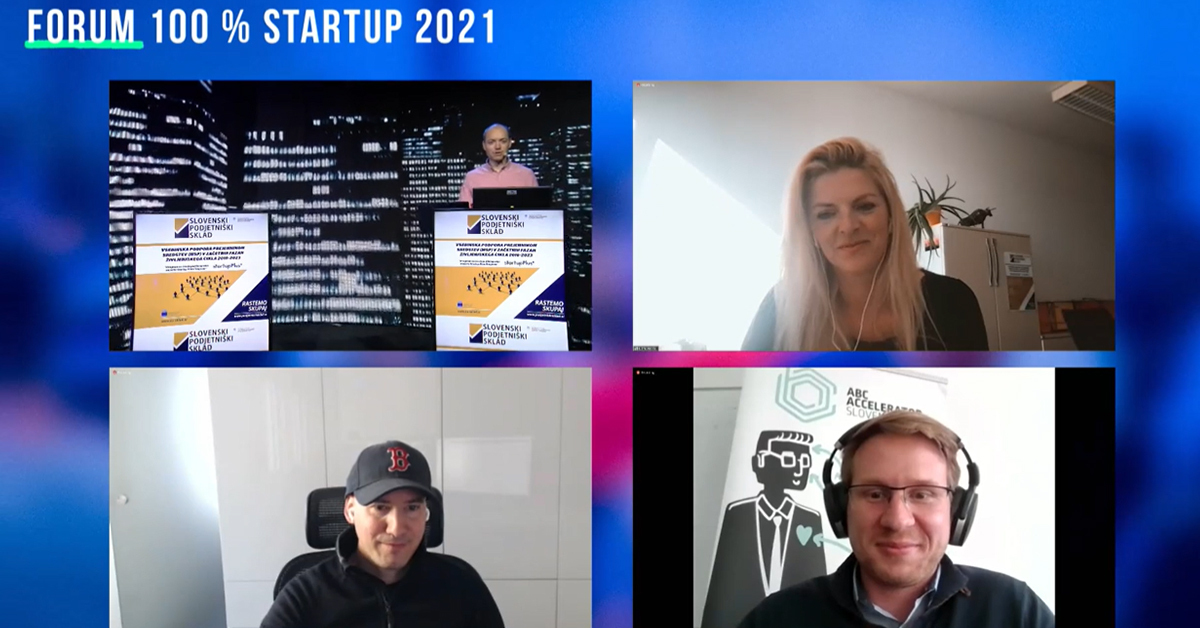 "Above all, it is crucial to be there for them and", as Gregor said, "to let them get things off their chest." The focus should be on the ultimate goal. It is necessary to help so that the startup does not digress. The mentor thus becomes part of the team, but at the same time is not part of the team - an important member," said Nina. Gregor added that investors also need to behave appropriately towards their startup partners. Too much control can kill a startup's potential. There are some rules on how something is done, and if these rules are not clear to the mentor at the very beginning, they can discourage their mentees from making future investments.

2020 was unpredictable - even in a positive way

For many entrepreneurs, 2020 was extremely difficult. The unpredictability ran through all areas. But for some businesses, this year was a special achievement. Bird Buddy, MojMojster and Bevo took advantage of the lockdown for focused work and subsequently achieved groundbreaking milestones. Tjaša Sobočan from CEED Slovenia invited the founders of the mentioned companies to an interesting panel and asked them about their strategies.

Žiga Vrtačič from Bird Buddy, who made it to the most successful Slovenian Kickstarter project with 4.2 million raised, sometimes still doesn't know if he is just dreaming: "I still pinch myself sometimes and wonder if I am dreaming. From a distance, it feels crazy. But the fact is that we weren't that shocked during the process itself because we validated our idea in a very school-like way and took small risks. We did a lot of testing before Kickstarter. We studied market reactions to the various presentations of the product and had many benchmarks. Our results were always above average. All the vectors pointed to a crazy story. That gave us confidence and a feeling that this could be a great story. However, there were also a lot of fears because we couldn't research everything. But 24 hours into the campaign, we saw that the tests were right. "

Martin, co-founder of DaiBau, which recently closed a multi-million dollar investment with global corporation Henkel, said they have always been resilient to venture capital. But they were overwhelmed by the excitement. Martin says it was like being on a good date when you start to wonder why things are going so well. They quickly realized they were a good fit for each other and saw the added value of Henkel's infrastructure, which allowed them to turn their local story into a global one.

Tilen Travnik first worked as a mentor with Bevo, which was accepted into the elite accelerator Y Combinator. He was later so taken by the founders' story and energy that he joined the team full time, "I've had the benefit of getting to know startups in different situations over the last 12 years, so I knew what qualities we needed to survive. I'm excited about the combination of our personalities, with me being the one who brought the least ego and was willing to help as a mentor at first. Then a good dynamic developed where we don't forgive sloppiness, but on the other hand, realize that we can all make mistakes. "

When they think of the key factors to their success, they agree that perseverance is at the top of the list, followed closely by humility and modesty, authenticity, a desire to grow and improve. "A lot of stories die before they even get to capital. The only thing that separates us from them is that we never gave up and we never listened to anyone else. You have to put your heart into it," Martin said.

We captured the entire conversation in the video below.

All tenders, documentation and sample contracts can be found on the website of the Slovene Enterprise Fund. For all questions regarding pre-selection, you can contact info@startup.si.